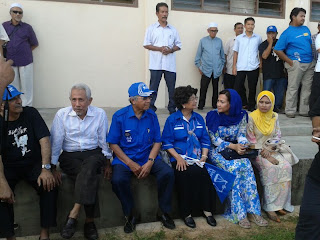 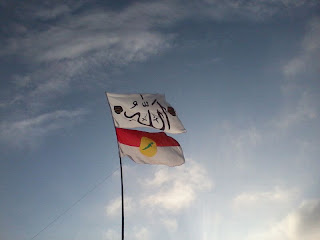 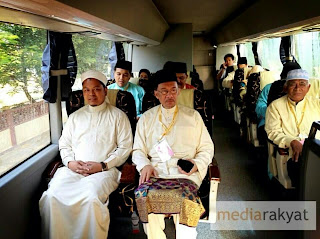 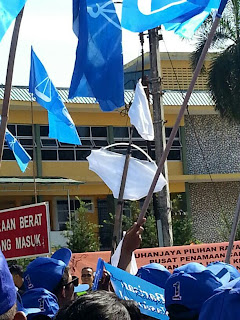 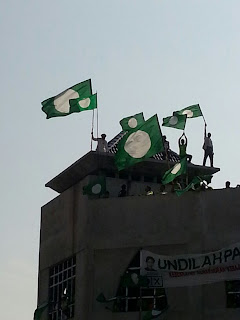 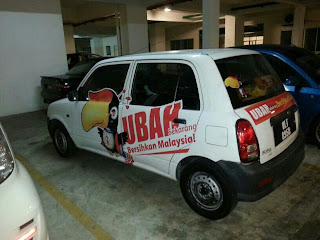 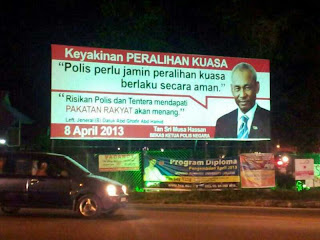 Right Or Wrong, PAS Is Not For Anwar Or DAP

Right or wrong, whether PAS Syura Council discussed the issue or not, PAS cannot deny the growing dissent against the political relationship it has with DAP and PKR and most importantly support Anwar Ibrahim as Prime Minister.

Open protests calling for the party to cut ties with the other two opposition parties are now a norm and PAS leadership has no choice but to listen and make amends as its influence is eroding fast among the kampong people, the party's supporters who have been following blindly those days.

But these days, the kampong folks no longer follow the party blindly as they are educated or rather informed through the internet on the goings on and issues played up.
They know the demand and high-handed way DAP leaders such as Karpal Singh and Lim Guan Eng handle PAS leaders on issues involving the fundamentals of Islam.

They know Karpal and Guan Eng have been ridiculing their leaders and Islam and they are very surprise at the 'no respect' attitude of DAP leaders towards their leaders as well as Islam.

Not only that, even the PM post is dictated by DAP, not on concensus as PAS has always wanted the party president to be the Prime Minister, a post party members have dreamt off since the 50s.

PAS members who are the veteran fundamentalists have been struggling hard to have one of their own as Prime Minister and now, when they see Putrajaya is so near (that's the hopes of all in the opposition)  and suddenly some one else hijack the position.

They are not that generous to allow that to happen and they would not want the individual whom they do not trust and of low moral to be in that position.

They know Anwar and they know how damaging it would be if he is the Prime Minister because the veterans know Anwar's character when they were together in ABIM and now in the opposition pact.

They know PKR is a party without ideology and concept…and they know PKR has no religious stand while Anwar is willing to sell everything just to be the Prime Minister.

Anwar is not PAS type of leader and his character is known to PAS veterans who always have reservations on his credibility and honesty as they now felt Anwar's 'hands' trying to steer the party to his benefits.

They see all this and they do not like it, not when they are on a winning streak. So they felt Anwar is not the man for PM post and they will not support DAP and PKR on this.

The situation may see PAS going to the general election on its own while DAP may just dump PKR to relase the party of excess baggage.
Sent from Samsung Mobile
Disiarkan oleh Lord Garam Pada 23:00 5 comments:
Email ThisBlogThis!Share to TwitterShare to FacebookShare to Pinterest
Newer Posts Older Posts Home
Subscribe to: Posts (Atom)